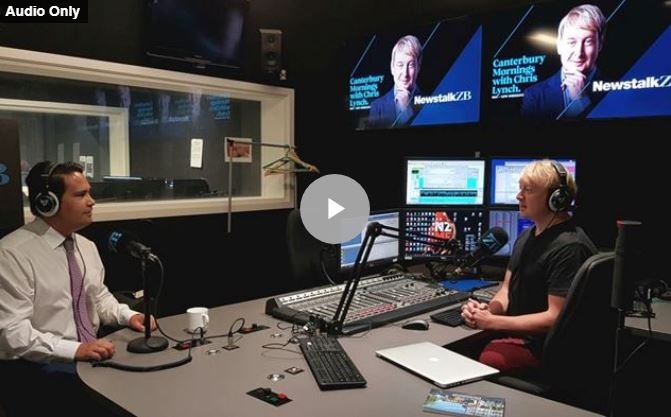 Here is a transcript of the discussion on euthanasia from about 4:50 into the audio interview on NewsTalk ZB:

Your former boss, I guess I could say, was on this programme earlier this week: Bill English. So, Bill English – No surprises really that he is still against any form of euthanasia or the End of Life Choice Bill. Of course this is coming up to Parliament again next for more discussions next month. He said it’s dangerous and Parliament sanctions killing. Do you agree with him? What are your personal thoughts on this Bill? Do you intend to vote for or against it?

Bill has stronger views than I do on it. I suppose, you know, I’m not saying I disagree with this, but I can see how reasonable people can differ on this and still be friends in the end of it if you like. It will be a conscience vote for the National MPs. You’ll see both views, right. You’ve got Liberals, you’ve got Conservatives, you got those probably in the middle like me.

All of that said, I intend to vote against it. I did at First Reading. It was always very unlikely that I would change my view. But the more I see, including some of the comments from him, I couldn’t vote for it.

Two basic reasons. One is I do believe I suppose in the sanctity of life. I just say, you know what, we don’t muck around with that. We’d be very careful before we get in the way of that. People disagree. They may say, you know, “Don’t be, it’s just stupid.” Well, that’s my view.

Secondly I worry about the thin edge of the wedge which I suppose is its chilling point. I just think if you look overseas and see what has been done, it starts narrow but it always grows, you know, whether it’s for depression, whether it’s the younger people with various issues. I just don’t… It doesn’t fit in well with me.