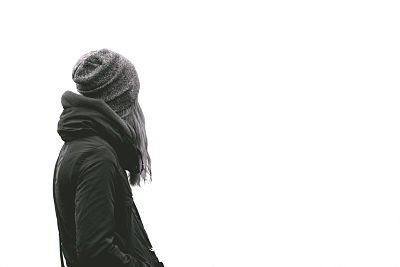 David Seymour misrepresents the Attorney-General report on his End of Life Choice Bill.

Seymour claims that “the Attorney-General and Ministry of Justice agree that [his] bill creates a framework for assisted dying that is consistent with the fundamental rights and freedoms of New Zealanders.”

The Attorney-General’s Report is merely saying that it is possible that some aspects of Seymour’s Bill might not be inconsistent with the New Zealand Bill of Rights Act (NZBORA).

Even if the End of Life Choice Bill were consistent with the NZBORA in all respects, it still wouldn’t mean the Bill would be a good law.

The Seymour Bill would discriminate based on age.

Seymour fails to acknowledge the Report’s conclusion that the bill discriminates in a way that is indeed inconsistent with the Section 19 of the NZBORA. The report states,

“The requirement that a person be 18 or over to be eligible for assisted dying limits the right to freedom from discrimination on the basis of age.” (par. 35)

This is highly significant, because it means that if the Seymour Bill passes, there would be no defense against extending ‘assisted dying’ to those under 18.

The Report does NOT claim that the Seymour bill would be safe for vulnerable people.

Seymour claims that, “The report says that the eligibility criteria are narrow enough, and the safeguards strict enough, that the Bill will not cause wrongful deaths”.

The Report makes no such claim.

Medical diagnosis and prognosis are based on probability, not certainty. It is very likely that some people would request euthanasia based on incorrect information about their medical condition or on an incorrect estimation of how long they will live. Research has found, for example, that the diagnosis is wrong 10-15% of the time and that only 20% of predictions for terminally ill patients are accurate.

“In the context of assisted dying the right not to be deprived of life protects against the risk that a vulnerable person will make a decision that is not truly voluntary or otherwise the product of rational choice, or is motivated by reasons other than to relieve suffering and maintain dignity (such as relieving the financial and emotional burden on family members). The existence of such risks means that the Bill engages the right not to be deprived of life. The question is then whether the Bill is lawful and fundamentally just in the way it addresses those risks.” (par. 42)

The Report states that the Bill would be “lawful”, because it would “provide a ground, establish by law, by which a person may be deprived of their life.”(par. 43)

Legislation can be “lawful”, but still be unethical, dangerous, and harmful to society.

The Report concludes that the Bill would be “fundamentally just”, based on how the proposed Bill relates to its stated objective.

By such reasoning a law can be “fundamentally just” and still be unethical, dangerous and harmful to society.

There’s much the Report is silent on

“The Seymour Bill suggests a process and some eligibility criteria, but no safeguards that can prevent, or even reliably detect, pressure or abuse that could influence a person to request death, says Renée Joubert, executive officer of Euthanasia-Free NZ.

“Euthanasia-Free NZ maintains that the Seymour bill should be voted down at First Reading. It is fundamentally dangerous to society and cannot be ‘fixed’.”