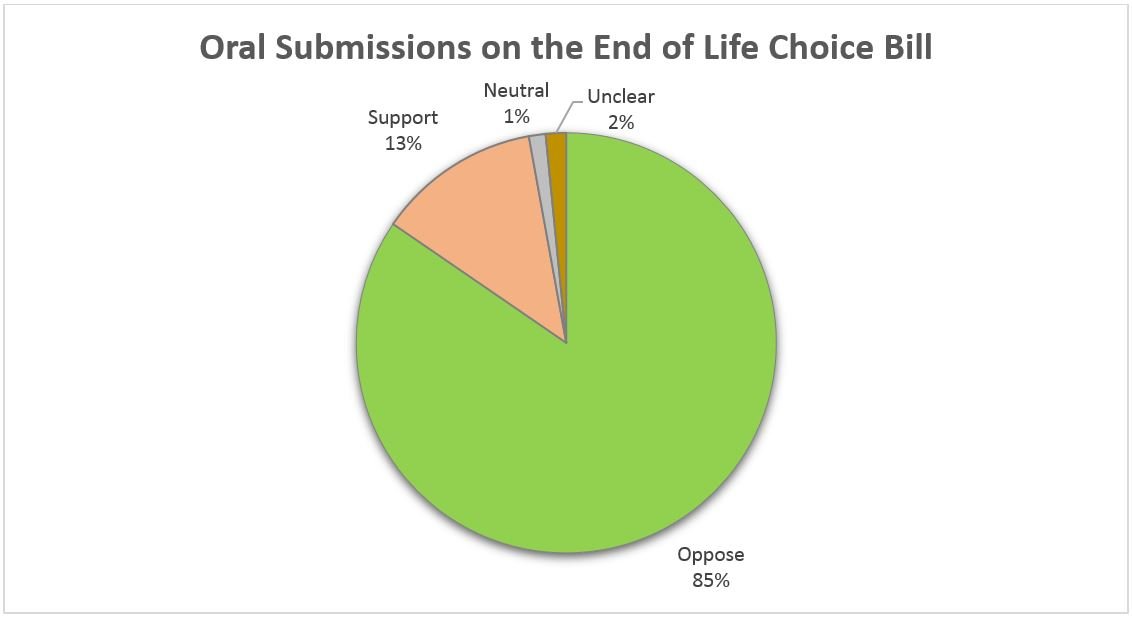 About 85 % of published oral submissions are opposed to the End of Life Choice Bill, an analysis found. Only 13 % were in support and 3 % were either unclear or neutral.

The submissions of 50 organisations were published, of which 35 were opposed, 3 were in support, 6 were decidedly neutral and 6 were unclear. Of the 12 medical organisations that spoke to Parliament’s Justice Committee, 8 were opposed and 4 were neutral. About 84 % of submissions by doctors and 87 % of submissions by nurses are opposed to the Bill.Supporters of Euthanasia-Free NZ listened to all 700 submissions published on the Facebook page of Parliament’s Justice Committee (as at 31 March 2019) and recorded each submitter’s stated position on the Bill, their stated occupation and their use of religious references.

The analysis is in response to claims on social media that “most” or “all” oral submissions by opponents were religious-based – claims that Euthanasia-Free NZ found alarming and worth investigating.

The full report is available at this link. 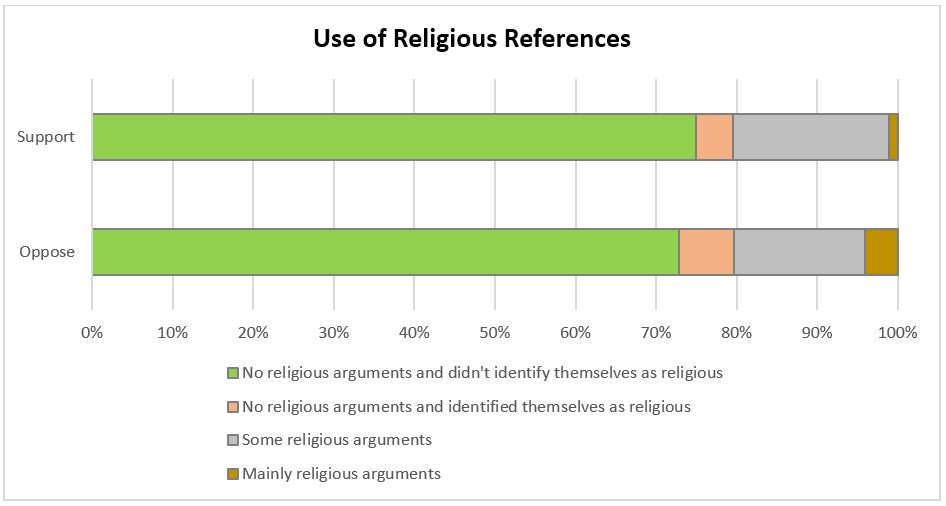