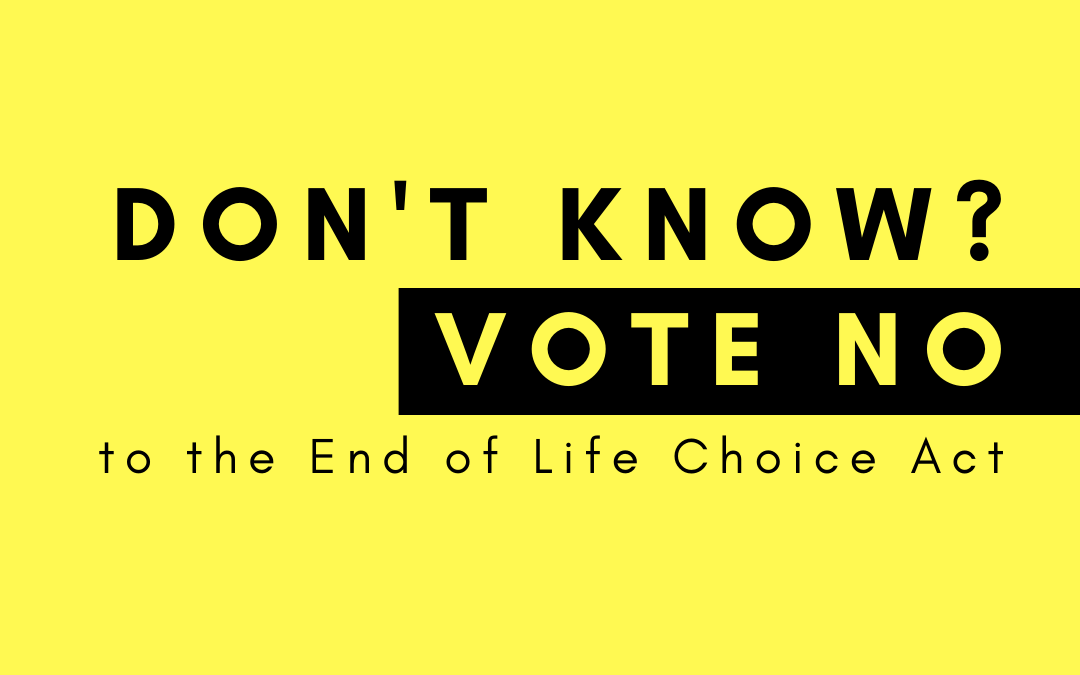 Support for the End of Life Choice Act is at a record low, according to a nationwide poll conducted on Monday.

“An increasing number of people supports the idea of euthanasia or assisted dying, but is voting ‘no’ to this specific Act,” says Renée Joubert, Executive Officer of Euthanasia-Free NZ.

Supporters are twice as likely than opponents to be uninformed about the Act’s details.

Half of ‘yes’ voters are unaware that the Act makes euthanasia available to eligible terminally ill people, even if they don’t have any physical pain. Among ‘no’ voters, 29% are unaware of this fact.

Euthanasia-Free NZ encourages all voters to check whether their assumptions about the Act are in fact correct.

This poll was conducted by Curia Market Research and has a maximum sampling error of ±4.8% for a result of 50% at the 95% confidence level.