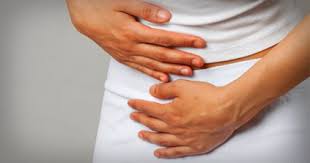 There are growing concerns about the safety of pelvic mesh implants.

The Food and Drug Administration (FDA) classified a vaginal pelvic mesh implant as a high-risk device.

According to The Guardian, 1 in 15 UK women who received vaginal pelvic mesh implants in a ten year period had to have these partially or fully removed due to complications.  Some women have been in such agony that they have been unable to walk.

It’s therefore not surprising that a Canadian study found that patients with complications after pelvic mesh implants are at an increased risk of depression, self-harm, and even suicide.

The study published in the Journal JAMA tracked more than 57,000 women in Ontario who had complications such as pain and infections after receiving the polypropylene implants used to treat incontinence.

The study found that:

“One woman from British Columbia, who asked not to be identified, has told CTV News that after being in agony for many months and unable to find a doctor willing to remove her implant she has “filled out paperwork for assisted dying due to the agonizing pain of mesh and the fact that I have no medical care regarding mesh.”

Since this woman was unable to access the medical care she so desperately needed, her decision to request a lethal injection was not a truly free and voluntary choice.

‘Assisted dying’ is a form of suicide

In reality the boundaries between suicide and ‘assisted dying’ are blurry.

This woman’s story shows that the same group of people, who are not terminally ill and who are likely to have depression, are seeking both suicide and ‘assisted dying’ for the same reasons.

Essentially the only difference between suicide and ‘assisted dying’ is the number of people involved in bringing about the person’s death: